Fikos was born in 1987 in Athens where he still lives.

From a young age he painted whatever he saw around him, such as comics, landscapes icons and more.
At the age of 13 he started studying Byzantine painting under the guidance of George Kordis, with whom he also collaborated professionally for 5 years painting murals in Orthodox churches, while at the same time developing his own personal painting style.

The themes of his painting, both religious and secular, emanate from the Orthodox Christian tradition and ancient Greek mythology respectively.
In terms of technique, his portable icons are painted using egg tempera on handmade Japanese paper which is glued onto wood, and his murals are painted in acrylics.
Having a background as a graffiti artist and an iconographer in Orthodox Christian churches, he is continuing his developmental journey by painting murals in public places.

From the mystical character of the Cycladic idols, the linear substantiality of the Ancient Greek vases and the monumentalcharacter of the Byzantine murals, right up to the accomplishments of contemporary artistic movements such as modernism and street art, Fikos redefines the relationship of the Byzantine tradition with modern society, creating that which conventionally will be called “Contemporary Byzantine Painting”. 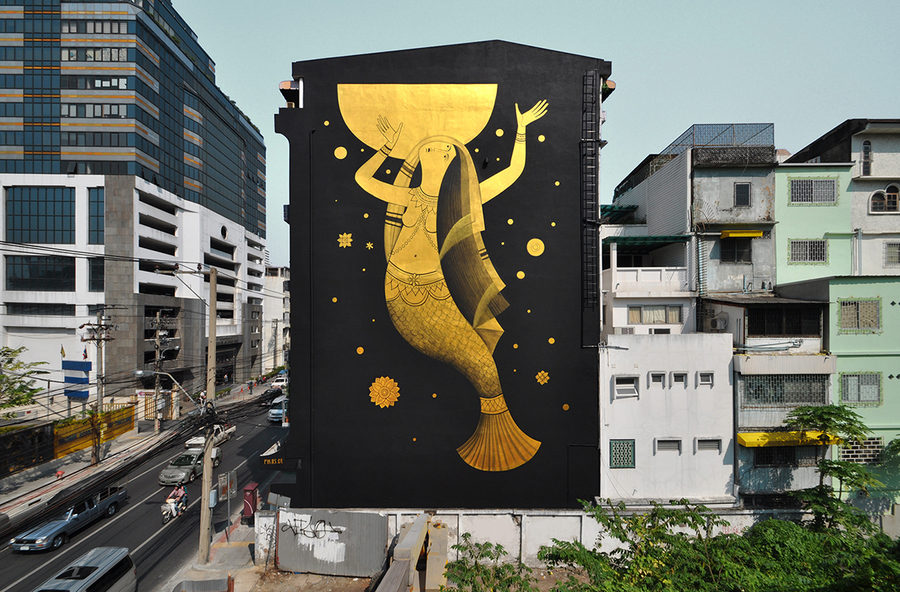