ROBIN ELEY WAS BORN IN 1978 IN LONDON, ENGLAND.

Robin Eley work is held in numerous private art collections around the world and has recently had work acquired publicly by the Ridley Tree Museum of Art in the United States.

The realist/geometric abstract hybrid paintings and crystalline sculptures of Robin Eley present an understanding of identity constructed as much by visual reality as by technology. Prism’s juxtaposition of traditional oil on canvas portraiture with 3D-printed synthetic avatars looks to challenge the presumed separation between today’s physical and digital self. In a marked transition from his concentrated photorealistic painting, Robin Eley’s work is now compelled not only by its meticulous execution but also its quality of lingering detachment.

Every work in the Prism series begins with a digital model of each subject built on the 3D software platform Maya that has been simplified into an economic low-poly framework. This “wire frame,” as he refers to it, articulates enough visual information to function as a portrait, but lacks any nuance of convincing human identity. Maximizing the synthetic nature of this process, the digital frame is 3D printed in a series of interlocking photopolymer pieces, painstakingly sanded, glued and hand-polished, to make an expressionless transparent bust. The clear prism casts no shadow, and lends little information about the person it represents. In a comment on our increasingly important digital identities, the prism is unrecognizably entrancing yet wholly empty, only refracting, reflecting and distorting the information from its surroundings.

The abstracted digital portraits (upon which the prisms are based) then become the framework for the faceted, color spectrum portraits. Each a manifestation of a single color taken from the color spectrum as well as black and white, Robin Eley’s paintings vibrantly defy their own careful execution – the realism of the figures distorted by their own technological malleability. Here, the rendered wire frame is superimposed over flesh – both enhancing and obscuring the human likeness beneath. 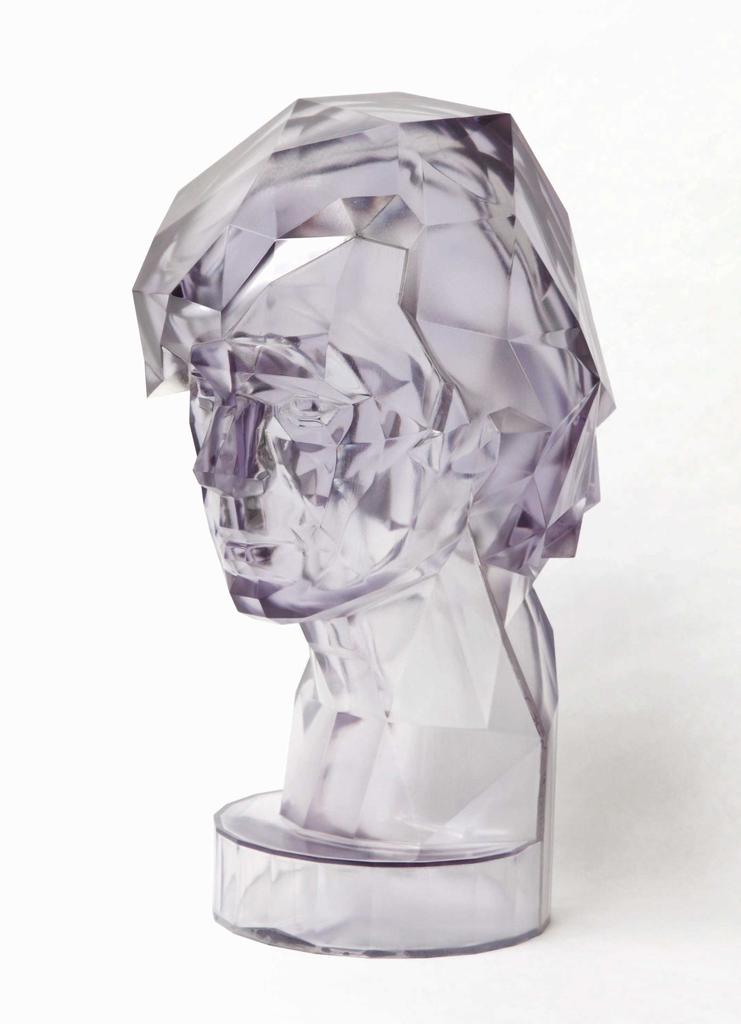 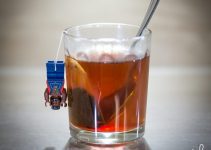 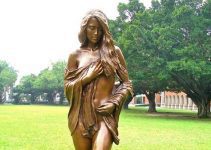 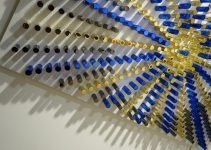 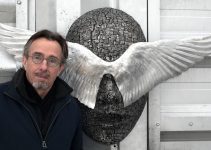 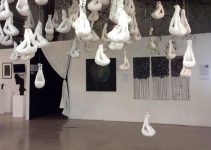 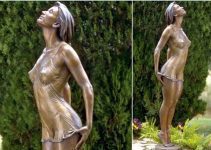 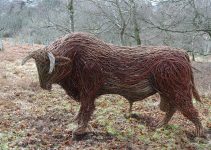 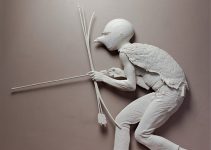 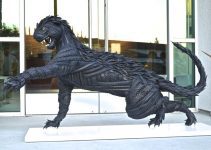 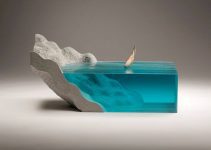 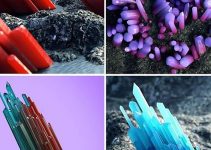 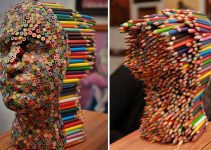 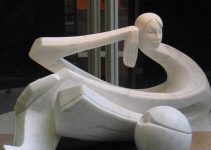 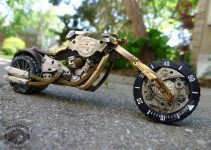