PETER DEMETZ. TROMPE-L’OEIL, FIGURATIVE WOOD SCULPTOR AND IMPOSSIBLE PERSPECTIVES FOR THE THEATER OF EVERYDAY LIFE
A MAN AND

a woman, one in front of the ‘other, that touch your palms; a girl who looks pensive in a mirror; a female figure that spies from afar an unsuspecting couple, intent on chatting. Caught in moments of reflection, in that moment in which reality is frozen because the ‘soul feels that something special is going on, the characters of Peter Demetz (Bolzano, 1969) inhabit architectural spaces constructed as small theaters, in which the scenes create trompe l’oeil perspective and impossible spaces. And the feeling of unreality is heightened when, approaching a little ‘to the sculpture, one realizes that the round that was expected is actually a relief. Growing up in the wake of the traditional wooden sculpture of Ortisei, Demetz is the lime tree with incredible modernity and can ricavarvi forms of unexpected softness, as when handling the curves of the female body.

The human figure is at the center of the investigation Demetz: characters who seem isolated in their private space even if they are represented in visual contact with other presences. The sculptor seems to defy the dimensional steps, the stargate that allow you to go beyond what we usually call reality, in order to access in a state where the individual, lost his social mask, finds himself right in himself and his own inner integrity.
narrow architectural spaces and articulated act as a backdrop to more or less static figures that seem to be waiting that at any moment something could happen. 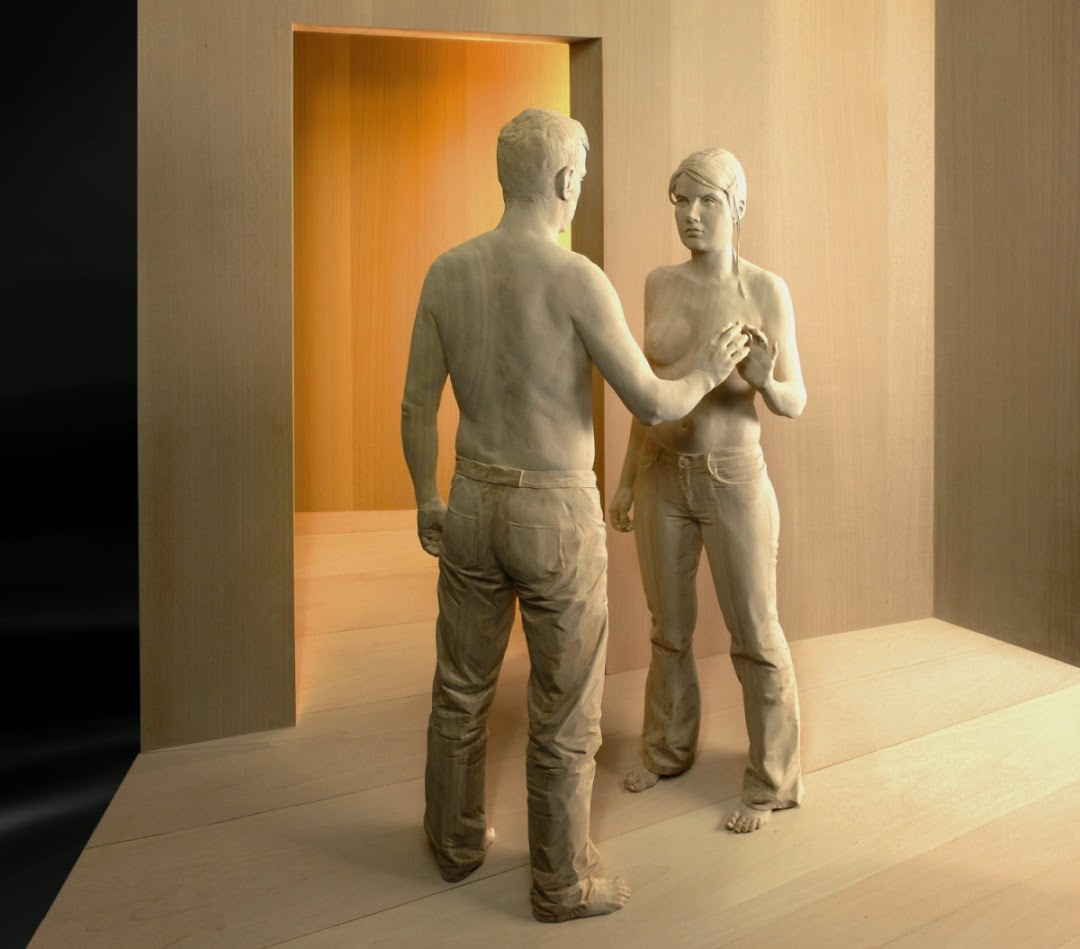